With that out of the way let’s look at the data in Table 1. Defenders and goalkeepers were significantly taller than both forwards and midfielders. Goalkeepers were significantly heavier than defenders, forwards, and midfielders. It should be pointed out that the goalkeepers also had a higher percent fat than both defenders and forwards. Not too surprising goalkeepers are bigger (i.e., height and weight) than athletes playing the other positions. Goalkeepers also carried more body fat than athletes at the other positions. More detailed information regarding both total and regional body composition differences by position can be found in the first blog post of this two-part series. This blog post will focus on the changes in body composition that occur during a competitive season. 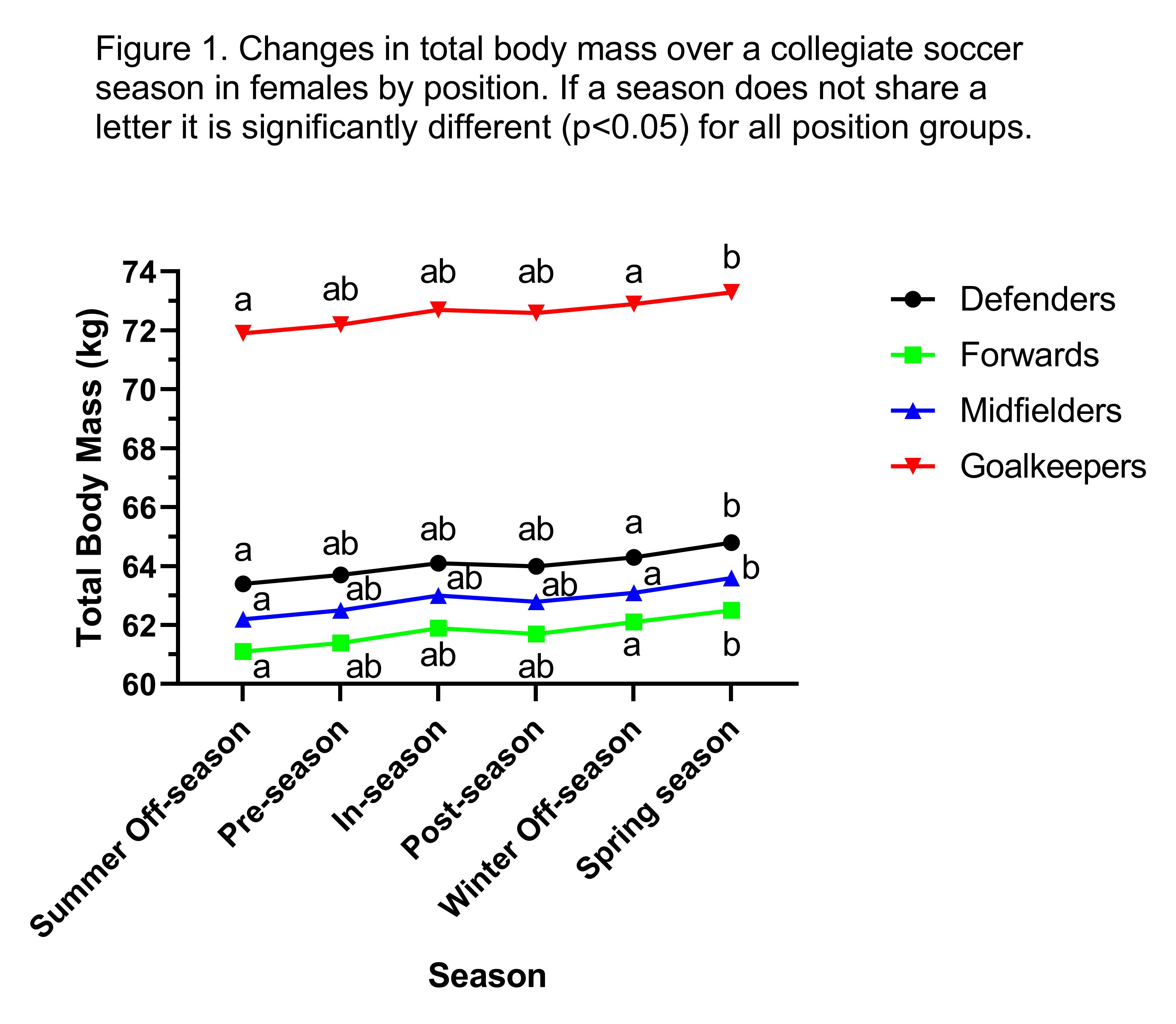 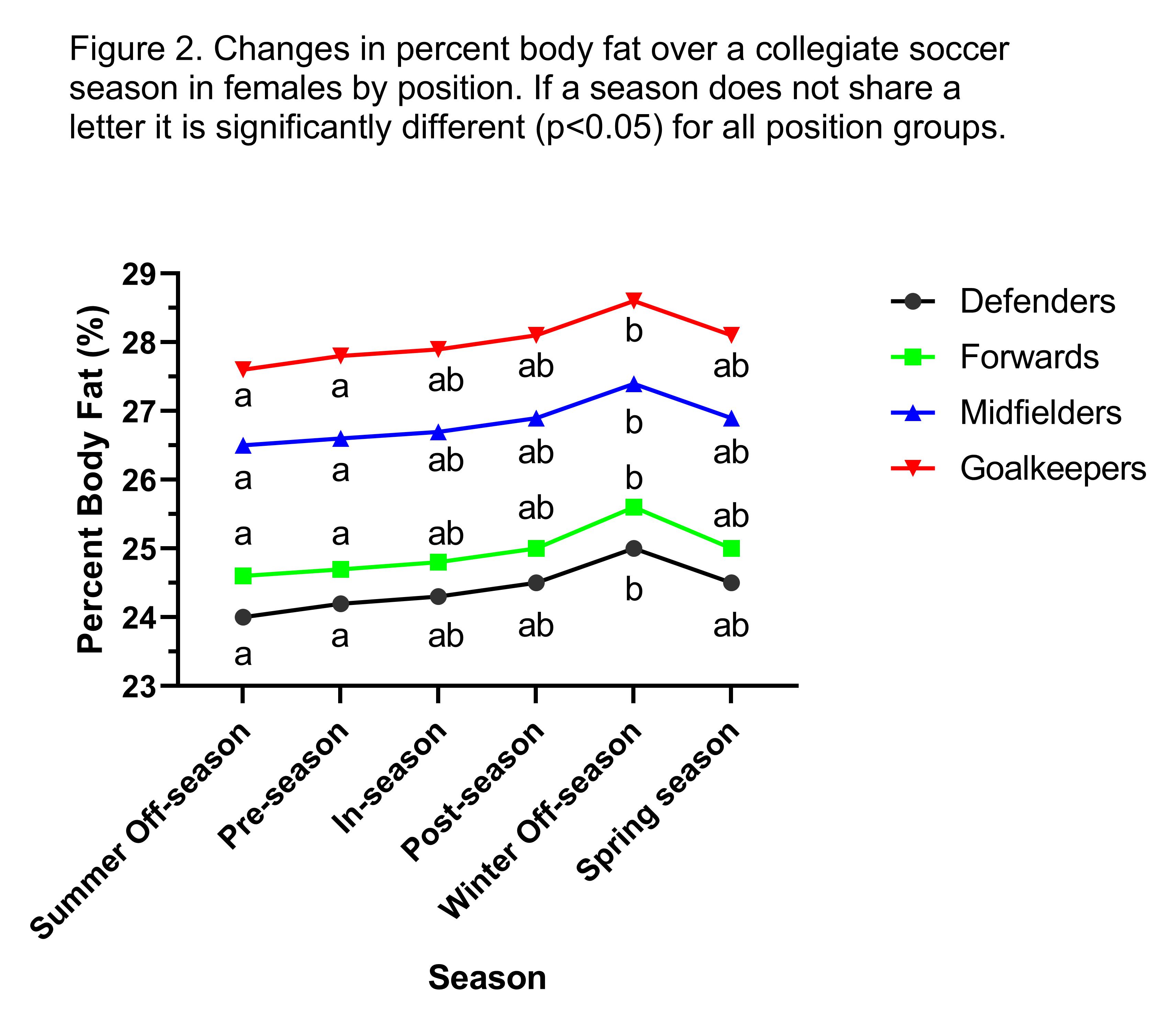 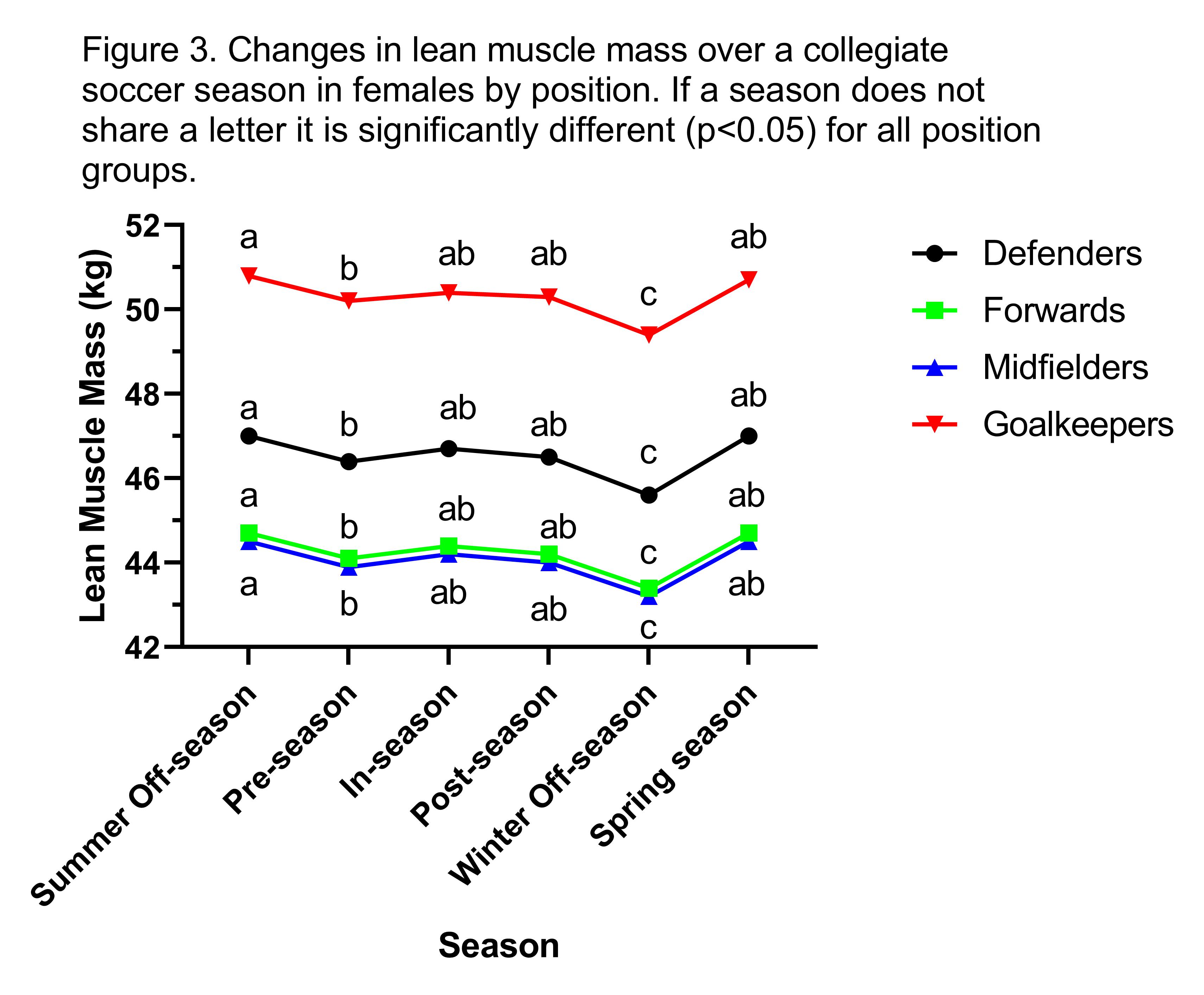 What does it all mean?
So what is the take-home message of this research article (Roelofs et al., 2020) and the corresponding blog posts? First of all, the data presented in this blog illustrates the importance of tracking body composition in athletes throughout an entire season. As demonstrated in this study, in the spring and summer off-season when strength training loads are typically higher, athletes had greater lean muscle mass and lower percent body fat. Athletes maintained this body composition through the in-season to post-season periods, and then decreased lean muscle mass and increased percent body fat during the winter-off season. If athletes were only measured at pre-season and post-season, which is often the case in a lot of programs you would have missed a number of changes in lean muscle mass and fat mass that occurred during the entire competitive season. For example, the loss in lean muscle mass that occurred during the winter off-season might be concerning to a number of coaches, who want athletes to maintain or add lean muscle mass. In addition, limited assessments of body composition in athletes would give coaches, trainers, and athletes an incomplete picture of an athlete’s overall health during a season. Adaptations to training to enhance performance or prevent injury could also be missed if limited assessments of body composition were performed.

Read Part 1 of this series