Hypothetically, let’s say the scouting report for this offensive lineman is: He is a tough and physical player who can reach the second level. He has average quickness but can struggle with his lateral agility to get out wide when needed. He can have trouble creating push against bigger interior lineman. How could we use the forecast tool to identify if body type is a limiting factor and how changing mass may affect these qualities?

First, let’s look at his current estimates against College and Pro Norms at his position: 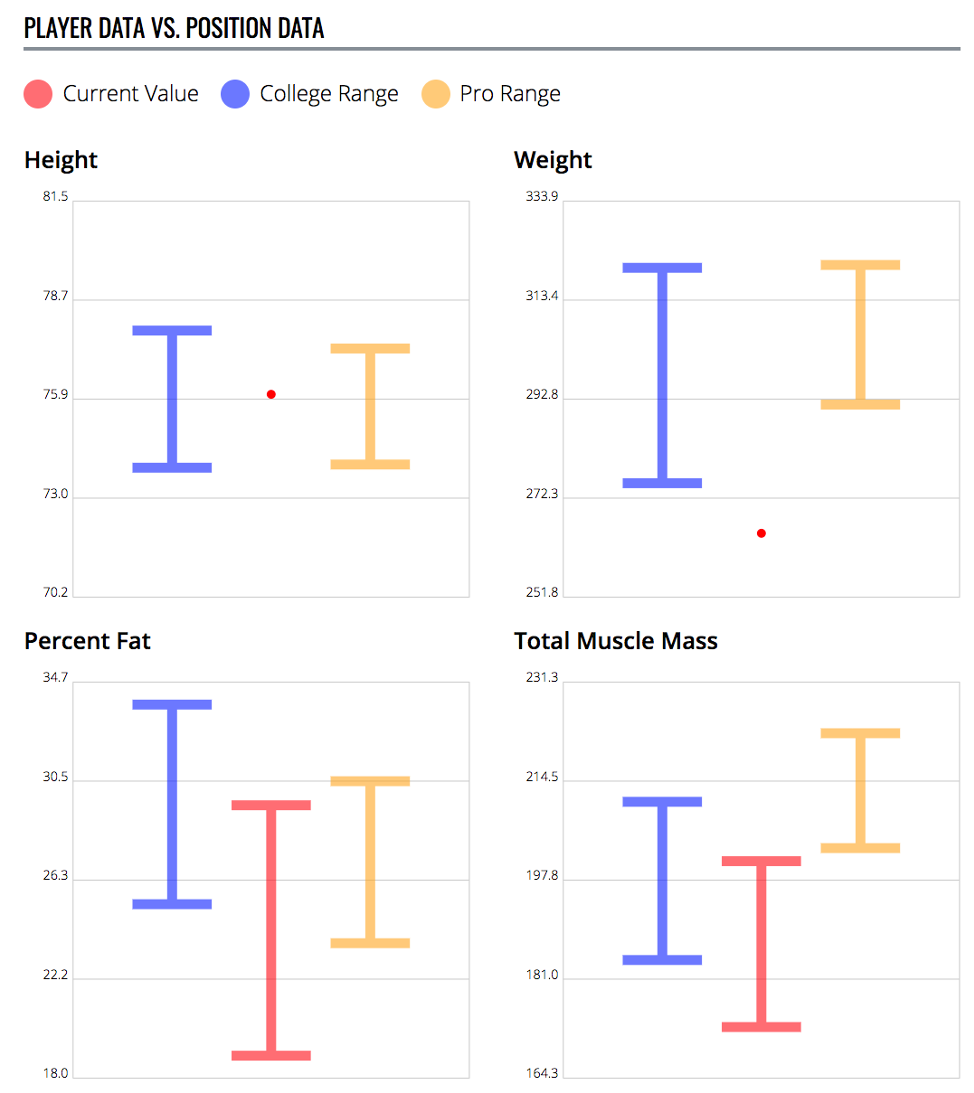 Using the table and graphs above he is currently undersized from a weight perspective but is near the average range for muscle mass compared to College and Pro Norms. Right now his percent body fat is estimated within the average range as well. Based on this, they will be a need to add weight, but it must be done in a way that limits too much fat accumulation since getting too high may worsen some of his physical qualities.

The graphic below shows the forecasting out of a 15-25 pound change. Adding 15 pounds appears to increase muscle mass without a significant change in fat mass (as seen by little to no change in percent body fat. However, adding up to 25 pounds may not be possible for this player. With an increase of 25 pounds his estimated percent body fat increases by 5-8% suggesting this would be over his frame limit. Adding this much weight could reduce his physical abilities and limit his on-field effectiveness. 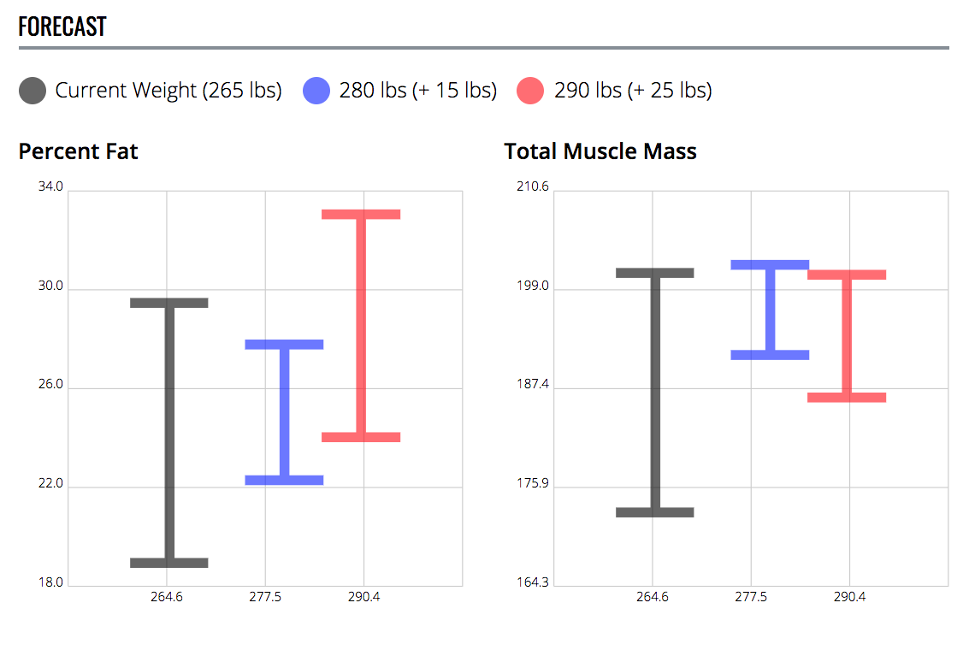 Given some of the scouting reports suggest he has issues with lateral mobility and average quickness, limiting increases in proportional fat (increase in percent body fat) should be avoided as this would likely worsen these physical traits.

Try the quick forecast for yourself or contact us to talk about how Dexalytics can help give you better information about your players.

Tyler Bosch, PhD is a Research Scientist in the College of Education and Human Development at the University of Minnesota, and is a co-founder of Dexalytics.