In the male collegiate ice hockey athletes, who part were also part of the original study we did not find any differences in measures of total body composition across the three position groups. However, in the female collegiate ice hockey athletes examined in this study we observed significant differences in measures of total body composition among the three position groups. Forwards had significantly less total fat mass (FM) and visceral adipose tissue (VAT) than both goaltenders and defensemen, while there were no differences in FM and VAT between defensemen and goaltenders. The defensemen had a greater amount of lean mass (LM) than forwards, however it was not different from the LM in the goaltenders. In addition, goaltenders and forwards had a similar amount of LM. Although the defensemen had significantly more bone mineral mass (BMC) than forwards all three positions had the same degree of bone mineral density (BMD). 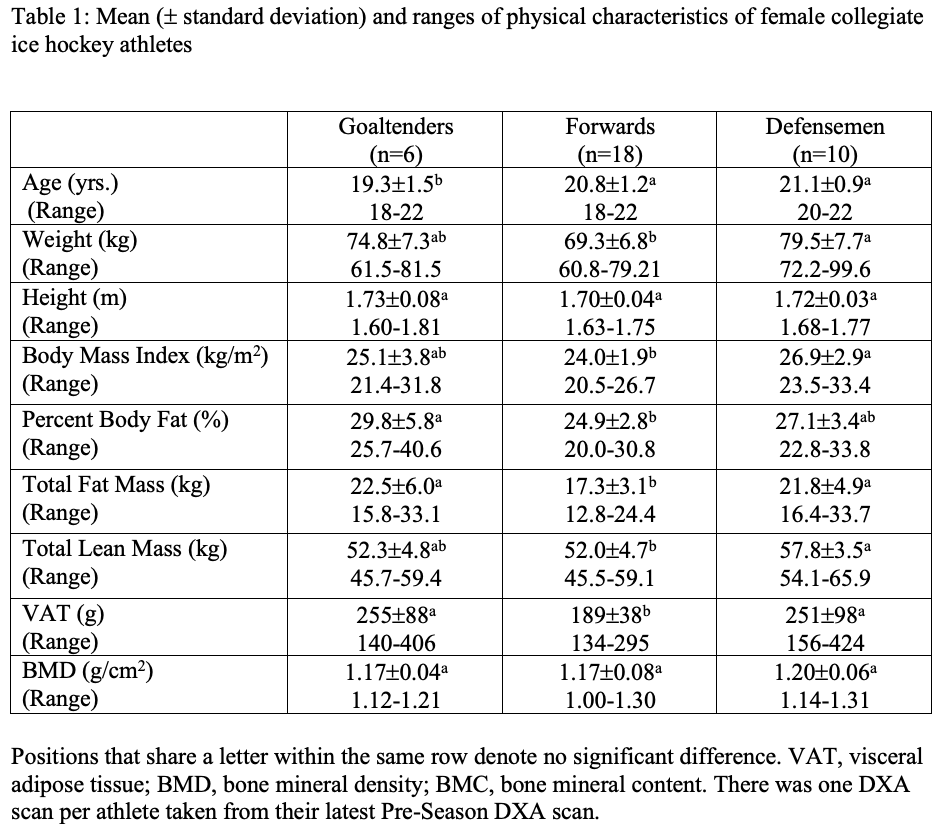 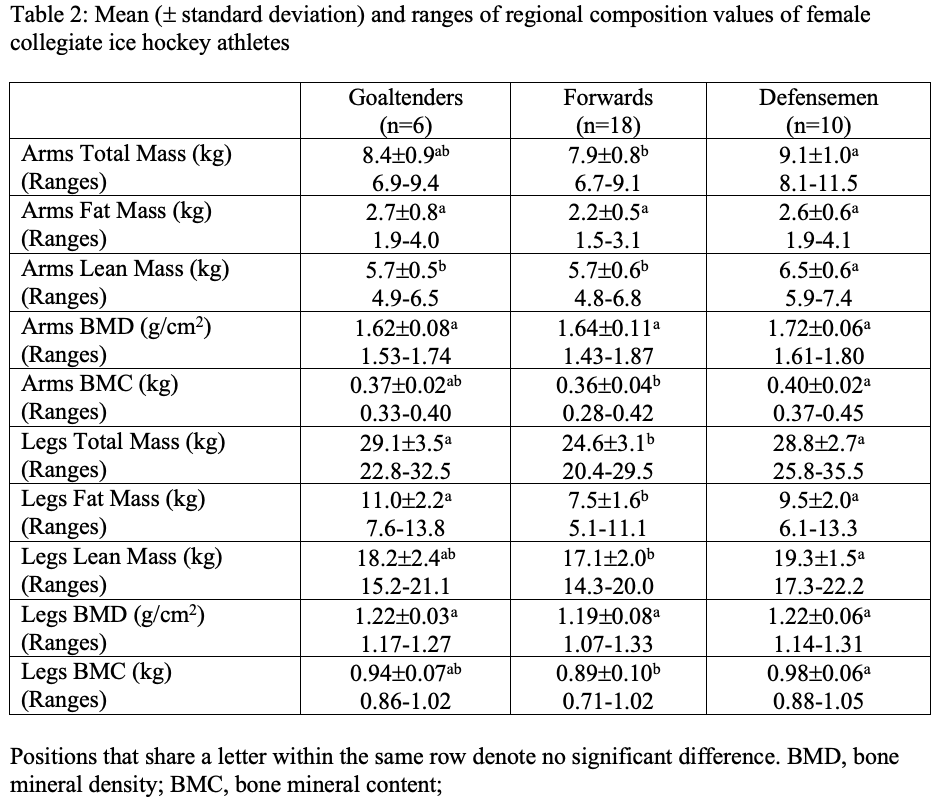 Seasonal changes in body composition (Table 3).
These athletes were scanned at three different seasonal times points: pre-season (August-September), in-season (October-March), and off-season (April-July). For females from pre-season to in-season, there was a significant decrease in total body mass, which was due to a decrease in both FM as well as LM. This was different from what we observed in male collegiate ice hockey athletes.