We recently published a paper in the Journal of Strength and Conditioning Research (Bisch et al., 2020) on body composition measures in 90 NCAA Division I collegiate female volleyball athletes. The main objective of this study was to measure positional differences in total and regional body composition among female NCAA Division I collegiate volleyball players using dual X-ray absorptiometry (DXA). A second objective was to examine normative age curves for fat mass and lean muscle mass.

Body composition measures of female collegiate volleyball athletes (Table 1).
Due to the large sample size, we were able to provide position-specific total and regional body composition measures for our female collegiate volleyball players. We divided our female collegiate volleyball athletes into libero (n=18), middle blocker (n=31), outside hitter (n=32), and setter (n=9). Given the unique demands of each position, it is not too surprising that we found differences in body composition between the different positions. As expected height was significantly different across all positions with front row players (i.e., middle blockers and outside hitters) were taller compared with non-front players (i.e., libero, setter). Total body mass followed a similar trend to height with middle blockers and outside hitters weighing more than libero while middle blockers weighed more than setters. 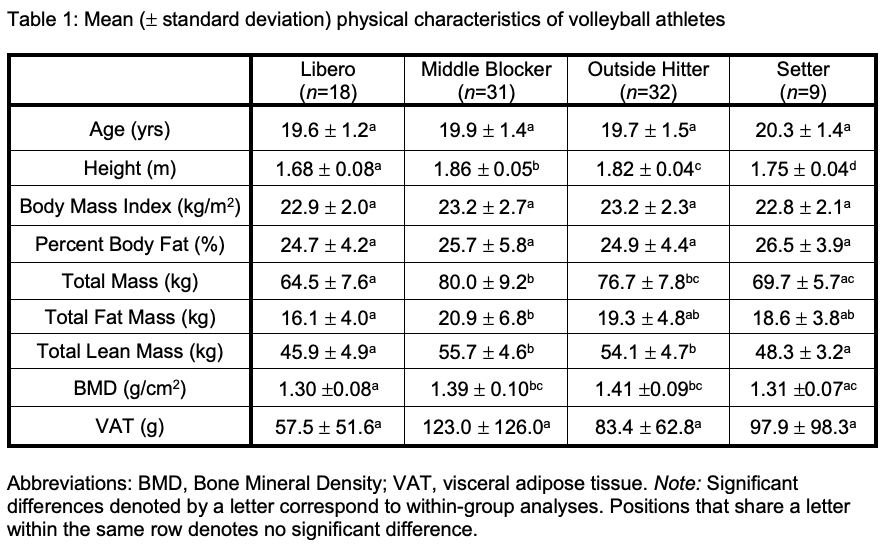 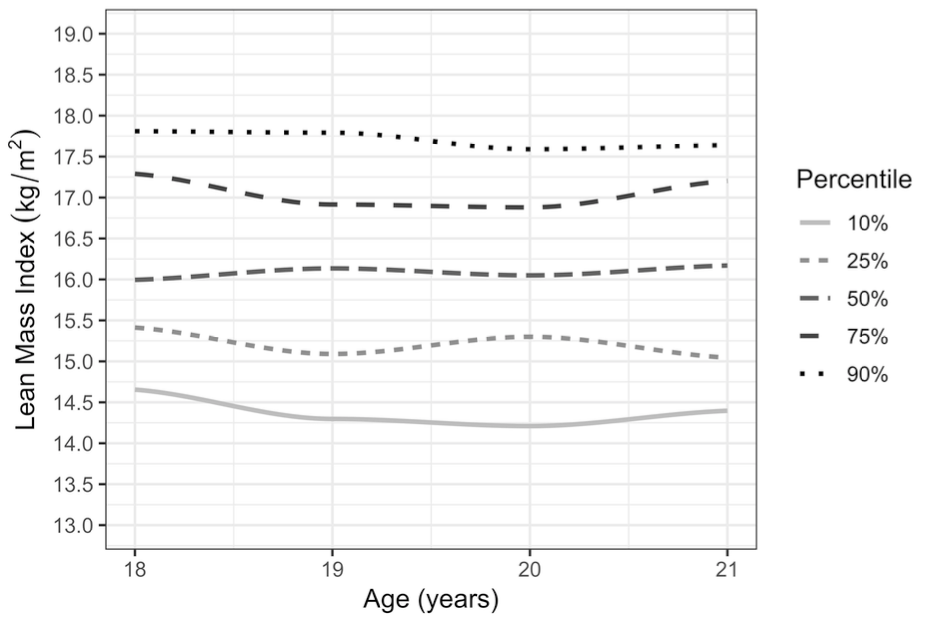 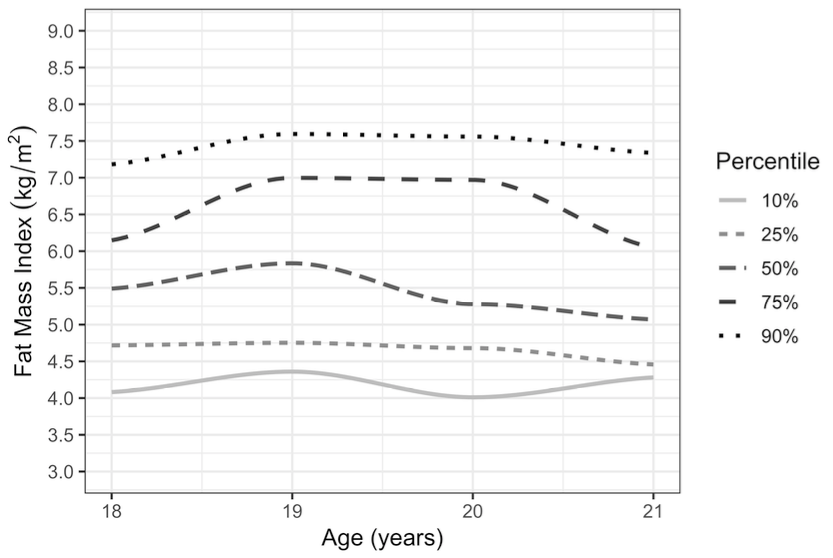 What does it all mean?
One of the main things to take away from this research is that body composition varies across positions in volleyball, specifically between the front row and back row positions. Coaches and performance staff can expect front row players to have greater total and regional lean muscle mass and bone mineral density compared with non-front row players, and greater total fat mass. However, even with these differences in total lean muscle mass, the percent body fat across positions was similar.

The other point to take away from this article is that there were fluctuations in fat mass over an athlete’s collegiate career, however there were little changes in lean muscle mass. Although coaches and performance staff may want to build more lean mass in athletes during their collegiate career in reality little change will be made in lean mass.  Finally, coaches and training staff can expect changes in fat mass, especially during that first year. Like a lot of college students’ freshman athletes tend to add fat mass.