The FMS™ is comprised of seven movements including the deep squat (DS), active straight-leg raise (ASLR), in-line lunge (IL), hurdle step (HS), shoulder mobility (SM), trunk stability push-up (TSP), and rotary stability (RS).  These movements place the individual in different positions, with the idea that these positions will allow imbalances and strength asymmetries to be identified when proper stability and mobility are not utilized. A score of 14 or less out of a composite score of 21 on the FMS™ has been reported as a cutoff score that may predict those at high risk of musculoskeletal injury. 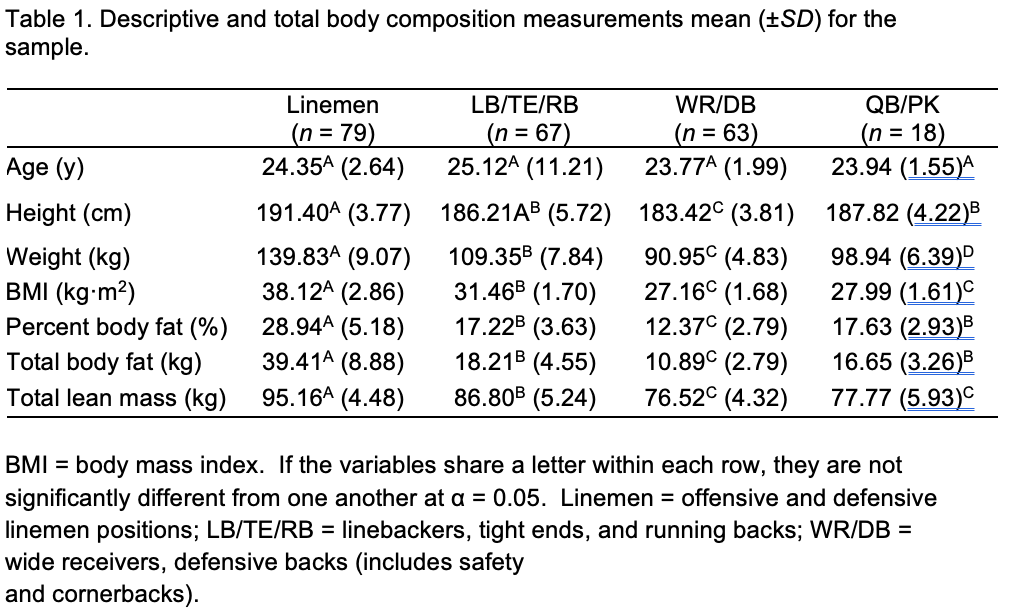 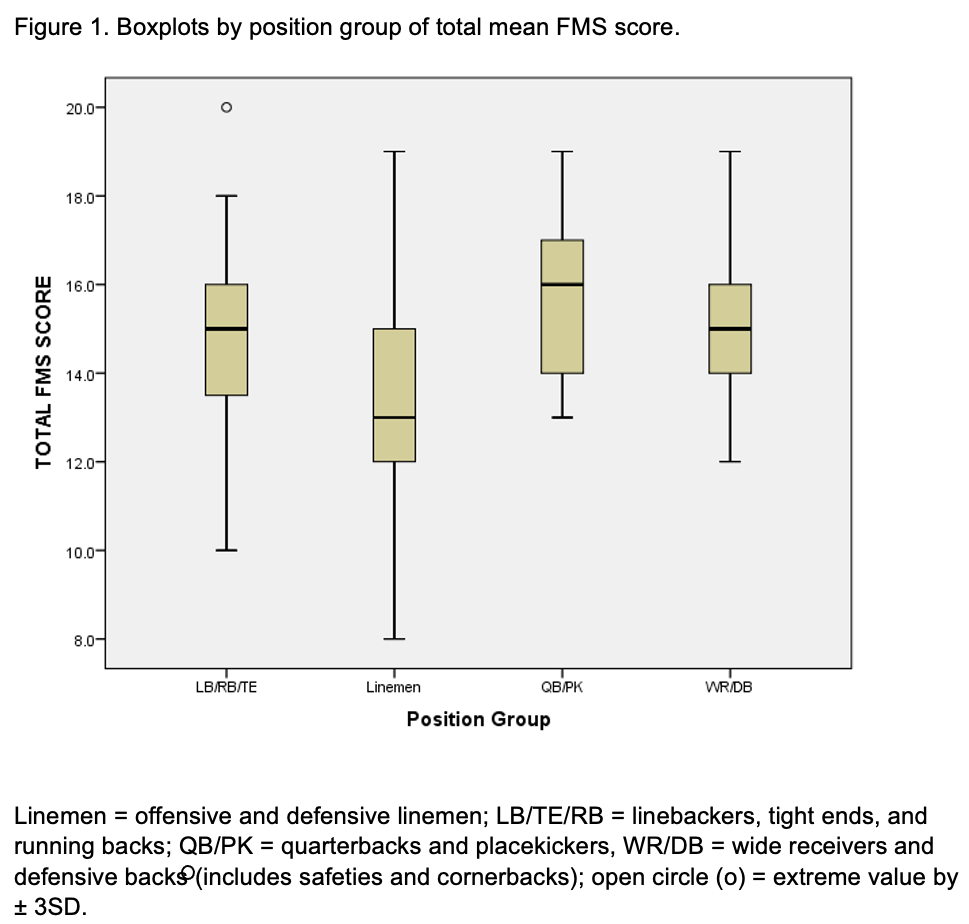 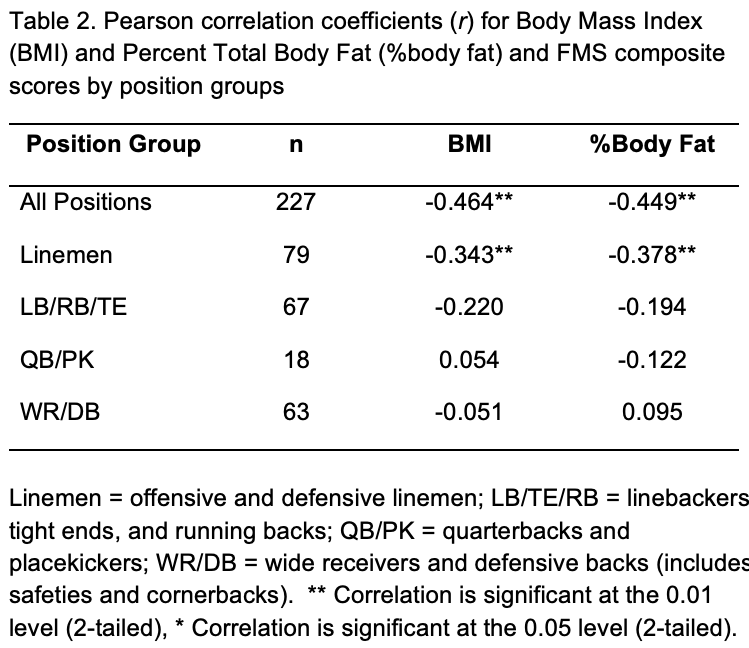 Looking at the FMS™ composite score in greater detail table 3 presents the FMS™ scores for the seven specific tests.  Examining the table you will notice that only the ASLR, TSP and the RS-specific tests discovered differences among the position groups.  On average, the Lineman position group was significantly lower than the other position groups. 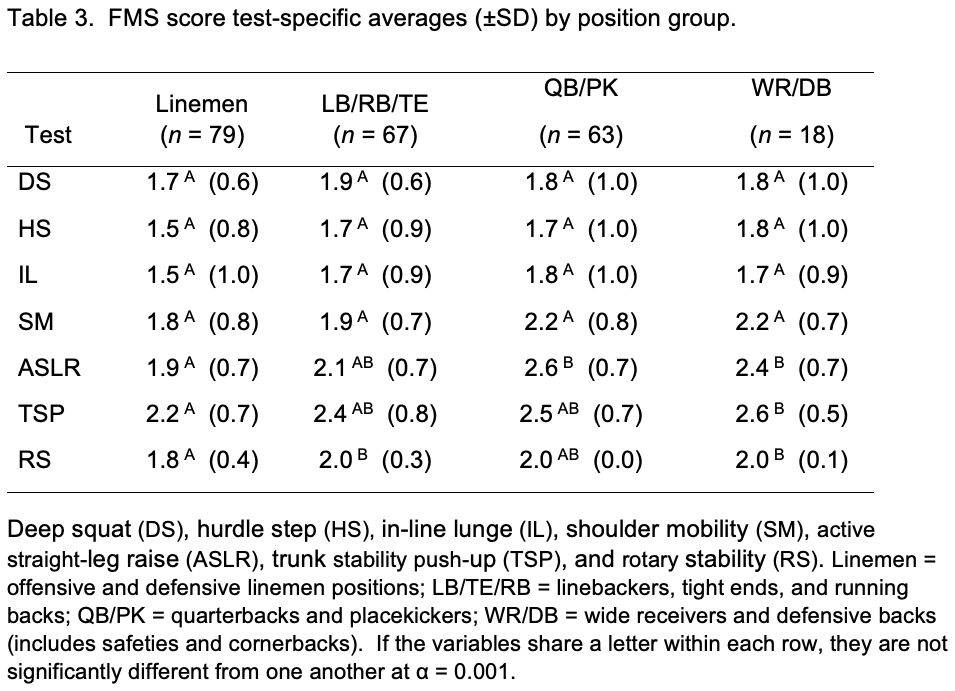 TAKE-HOME MESSAGE
A relationship between body mass index as well as percent body fat and the FMS™ composite score was observed in these NFL players. This relationship was driven by those individuals that made up the Lineman position group (i.e., offensive lineman, defensive lineman). The question one has to ask is whether the lower score observed in the Lineman position group is an indicator of a greater risk of injury or simply due to the fact that these individuals are limited in performing the FMS™ specific tests due to their size. Finally, it is possible that the FMS™ is not sensitive enough in this population to discern differences among the other position groups.

Cook G, Burton L, Hoogenboom B. Pre-participation screening: the use of fundamental movements as an assessment of function— part 1. N Am J Sports Phys Ther. 2006a;1(2):62–72.