Advances in dual X-ray absorptiometry (DXA) software have allowed DXA users to quantify regional (e.g., arms, legs, and trunk) as well as compare contralateral (right vs left) body composition. Although these new body composition measures have given researchers, coaches, and medical providers insights to regional as well as contralateral body composition in athletes it is important to note that all of these new measures of body composition are done in the frontal plane (see image 1). Often upper leg injuries are attributed to imbalances between in the upper–leg anterior (quadriceps) and upper-leg posterior (hamstrings) compartments (Newton et al., 2006; Holsgaard-Larsen et al., 2014; Opar & Serpell, 2014). Given that DXA measurements take place in the frontal plane it is not possible to measure differences in the anterior and posterior compartments of the upper leg. Recently, we have published an article (Raymond et al., 2017) on a novel DXA scanning method to measure anterior and posterior muscle and fat masses in the upper leg. This method involves placing an individual on their right and left sides and scanning their legs (see image 2). In this blog post, we will discuss the accuracy and reliability of lateral DXA scanning to determine muscle and fat masses in the upper-leg anterior and posterior compartments.

Description of lateral DXA scanning method
In the development of lateral DXA scanning, we had participants first do a normal frontal full-body DXA scan, then, participants underwent two DXA leg only scans (right and left). For leg scans, participants were placed on their side (i.e., right side to scan the left leg, left side to scan the right leg) with their feet at the end of the scanning area (see image 2). The scanned leg was kept straight along the centerline of the DXA table, whereas the other leg was bent and moved out of the scanning field (see image 2).  The scanned leg was elevated using foam pads at the angle, and the widest portion of the upper leg to keep the leg straight and maintain the shape of the muscle.  Prior to the study, we scanned the support to ensure that it would not be recognized by the DXA scanner and influence the analysis. All DXA scans for this study were done on a GE Lunar iDXA system (iDXA; General Electric Medical Systems, Madison, WI) and analyzed using the enCoreTM software (platform version 16.0, General Electric Medical Systems).

Using the femur bone as the dividing line between the anterior and posterior aspects of the upper leg we were able to successfully measure these compartments for both lean muscle and fat masses (Table 1). It is important to remember that given the anatomy of the hamstring and the quadriceps muscle the anterior and posterior compartments are not exclusive to these two muscles.

Take-Home Message
There are a couple of things to take away from the research we presented here.  The first take away is that DXA lateral scanning using GE iDXA scanner is both an accurate and reliable way to determine anterior/posterior measures of total, lean muscle, and fat masses in upper leg anterior and posterior compartments. This novel method of DXA scanning offers coaches, trainers and medical staff a way to monitor changes in the upper leg anterior and posterior compartments, which may prove to be useful in the prevention and rehabilitation of sports- or age-related injuries. Finally, the research involved in the series of studies (Raymond et al., 2017; Raymond-Pope et al., 2020), that this blog post is based upon demonstrate the DXA to be a useful tool in the examination of muscle imbalances and the role that these imbalances can play in training and rehabilitation of not only athletes but other individuals who experience changes in muscle symmetry via injury or aging.

For more detailed information on how to conduct and analyze lateral DXA scanning, I refer you to the original paper (Raymond et al., 2017), which this blog post is based on.  I also urge you to read the companion paper on the association of anterior/posterior measures of lean muscle mass and force production (Raymond-Pope et al., 2020). If you have questions regarding this blog post or the scientific papers that this blog post is based on please contact the corresponding author Dr. Don Dengel (e-mail: denge001@umn.edu). 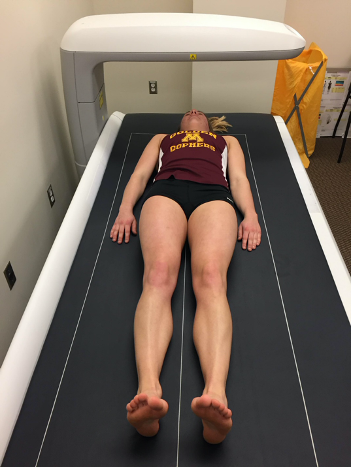 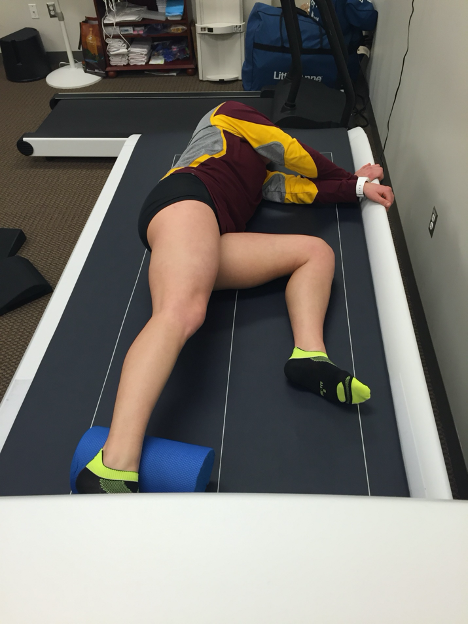 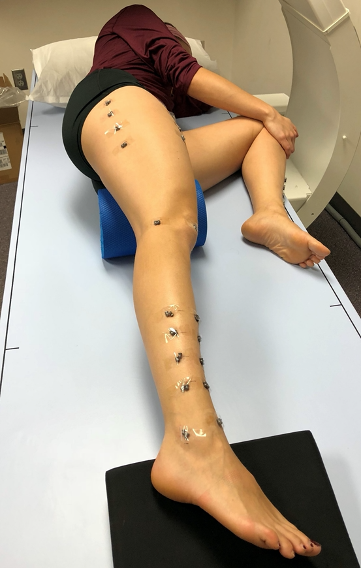 Opar DA, Serpell BG: Is there a potential relationship between prior hamstring strain injury and increased risk for future anterior cruciate ligament injury? Archives of Physical Medicine and Rehabilitation 95:401-405, 2014.